Today’s media-savvy consumer is constantly bombarded with content throughout the day. Our team understands the need for strategically-placed messages and we are well-equipped to get that placement through our relationships with high-level editors and producers, our understanding of the marketplace  and our drive to do great work in delivering for our clients. 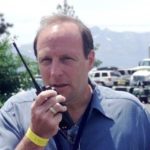 A twenty five-year professional in Public Relations and Marketing Communications, Steve Griffith has worked at the highest levels in the New York City agency world and at NBC Sports, Madison Square Garden, The Festival Group, Main Events, and the Worldwide Senior Tennis Circuit. He is an elite talent who specializes in the application of state-of-the-art tactics to reach the desired result.

He is the public relations force behind The National Dog Show Presented by Purina, the NBC Thanksgiving Day special that produced the highest Nielsen TV rating in its 15-year history in 2016, bucking a decades-long trend of diminished viewership levels for all programming.

He served as co-general manager of Taylor Strategy’s Pyramid Public Relations, helping to grow the business into a $3 million agency in less than two years. At NBC, he promoted all major events in the Sports Division, including the Super Bowl, the World Series, Wimbledon, the Rose Bowl, the Fiesta Bowl and the Big East college basketball tournament.

At Madison Square Garden, Griffith was the only director who served on both the Public Relations and Marketing committees for company-wide initiatives.  His day-to-day responsibilities included duties specific to Madison Square Garden Network and Boxing, both of which thrived during his tenure. 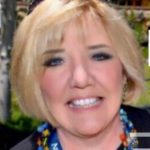 A veteran senior publicist and writer, Kathi Graham has a background in sports, entertainment and television publicity and marketing and has a knowledge of the full media spectrum. Her twenty years of experience in communications, marketing and writing/producing include the prominent companies NBC News, QVC, and the Worldwide Senior Tennis Circuit.

She was named by NBC News as publicity director for “Today,” during the period when the morning television institution overtook “Good Morning America” for the day-to-day ratings lead in that critical television race. Her other responsibilities at NBC included “NBC News at Sunrise,” “Summer Sunday,” and various network documentaries. During her time at NBC News, Graham functioned as liaison with the national print and broadcast media, including the planning and executing of semi-annual press tours; and planned and executed publicity campaigns and press relations for special international (Rome, Australia, South America, Great Britain, aboard the Orient Express) and domestic (Amtrak tour of middle America, aboard the SS Norway, America’s five most livable cities, Super Bowl XX, political conventions, Ronald Reagan’s Inauguration in 1985) trips. She also wrote and edited all press releases, press kits and media guides. In addition, she planned and executed special events and press conferences for “Today’s” 35th Anniversary, and several “Today” primetime specials.

She later joined RHB Ventures where she was the Editor and Traffic coordinator of “Courtside” – the 64-page full-color program of the Worldwide Senior Tennis Circuit’s 10 US events and served as a publicity consultant servicing clients such as Mobil Oil, The Celebrity Golf Association and NBC Sports. Graham was also the senior entertainment publicist for QVC, the world’s pre-eminent television and internet retailer, and the senior publicist for Q Records. 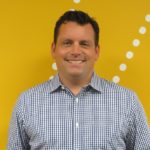 Greg Wiley is an accomplished and creative public relations executive with 20 years of experience in public relations, publicity, media relations, social media, writing, marketing, sponsorship, crisis management and event planning for pro sports teams, corporate, agency and non-profit concerns. He has knowledge of all related disciplines with the ability to generate impactful publicity, positively increase awareness across all media platforms, manage departments and secure media partnerships, marketing and sponsorship opportunities. Greg graduated from York College of Pennsylvania with a Bachelor’s Degree in Mass Communications, majoring in TV/radio broadcasting with a minor in public relations. He currently resides in Willow Grove, PA with his wife and three children. 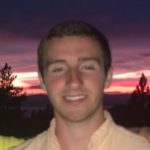 Mike Griffith has been all about sports and especially basketball since he got his first Fisher Price hoop for his third birthday. His love for the game grew and he quickly understood that he had to work on his skills to overcome other kids’ height advantages. From third grade on, neighbors learned to set their clocks by the sound of Mike’s dribble drills every morning at 7AM while he waited for the school bus.

One big disappointment came when he was the last kid cut from his CYO JV-A team in the fifth grade. Undeterred, he begged his father to drive him to New York where he could learn to play with the best in the playgrounds there. Living in a suburb of Philly made that impossible so his father did the next best thing and got him a tryout with “Reach One, Teach One” a well-known Philadelphia team that played in the PAL league as well as AAU with many of their games at the famed Happy Hollow gym in Germantown that was the stomping ground of many great players, including the legendary Wilt Chamberlain.

Mike quickly learned the “run and gun” Philly playground style of basketball in his two years with that team, always working on his shot, quickness and ball handling skills.

A student of the game, Mike has had the opportunity to meet many NBA players including Charles Barkley, Ray Allen, Jason Kidd, Shane Battier and Chris Webber. He has also been able to play with and against some of the country’s top high school players through PAL, AAU, camps and as a member of his CYO Varsity A team (yes he did make it) as well as his middle school and high school basketball teams.

A junior at the University of South Carolina, Mike was a manager for the University’s basketball team during his freshman year, is a proud member of Beta Theta Pi Fraternity, was a varsity basketball player at Henderson High School in West Chester, PA, wrote for his high school newspaper, volunteered at Habitat for Humanity, and interned at NBC’s American Century Championship celebrity golf tournament in Lake Tahoe. He has also worked as a floor salesman at Foot Locker and was a camp counselor.