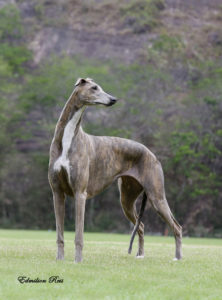 “The National Dog Show Presented by Purina®” – a two-hour special following the Macy’s Thanksgiving Day Parade – is the most widely viewed dog show in America. The elite competition crowns one of America’s great show dogs each year when over 180 breeds compete for “Best In Show” honors in the tradition-rich Kennel Club of Philadelphia competition.

Airing from noon – 2 P.M. in all time zones, NBC’s “The National Dog Show Presented by Purina®” is seen annually by a total of almost 20 million viewers, making it by far the most widely-viewed dog show in America.

The November 2016 edition astounded T.V. industry observers by achieving its highest-ever Nielsen rating (5.9) in its 15th year on the air.

A celebration of America’s fascination with man’s best friend, the telecast is hosted by television personality, John O’Hurley, still best recognized as the “Seinfeld” ensemble actor J. Peterman and expert analyst David Frei, who is the face and voice of the Westminster Kennel Club Dog Show on USA Network and America’s foremost authority on the sport. 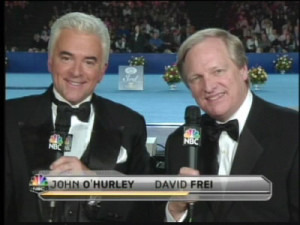 Unlike traditional dog show coverage, the two-hour special offers family-oriented features on dogs and pet care, facilitated by the open format of the event, one of America’s four remaining “bench” shows in which the dogs are on display all day for the visiting public. Bench shows give the public the opportunity to interact with the canines, learn about the different breeds and talk with owners and handlers about responsible pet care.

The Kennel Club of Philadelphia was awarded the “Show of the Year” for 2018 by “ShowDogs of the Year” presented by Purina.

Show of the Year Press Release